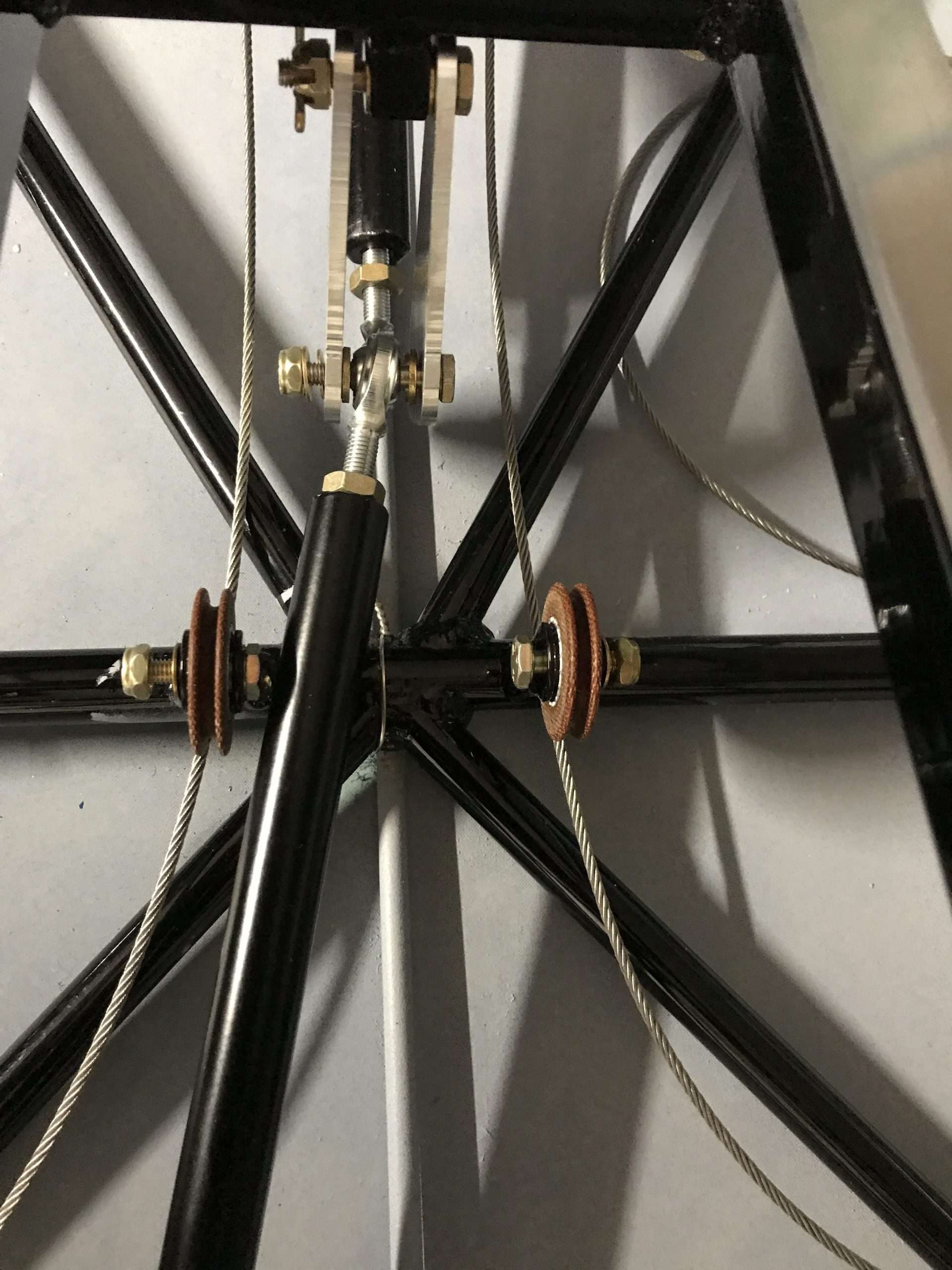 Elevator Yoke Assembly – This was a fairly easy process to assemble the elevator yoke into the elevator push-pull rod. It just took a little time to remove some of the powder-coating before I could insert the yoke into the rod. I used the process as described in the manual to lay the rod on the floor and raise the ends with wooden blocks to make sure the hole for the yoke is perpendicular (vertical) to the horizontal hole at the front of the rod. I was careful to measure 1/16″ away from the weld-points as shown below:

Elevator Yoke & Push-Pull Rod Installation in the Fuselage – Based on the manual the elevator yoke and the push-pull rod are supposed to be assembled outside the fuselage and then installed via the front of the fuselage, with the elevator yoke turned vertically and then once over the elevator access holes at the back of the fuselage, turned horizontally and slipped thru the access holes. This did not work. Ultimately, I unassembled the two pieces, and with the help of my beautiful wife, I was able to assemble the elevator rod into the yoke while she held the yoke. I thought that I would probably open up the round access port on the back of the fuselage to secure the bolt in the yoke but was able to through the yoke access ports. See below:

Push-Pull Rod to Connectors – This was a bit more complicated but only because of the low tolerances over several sleeves that were inserted in the small block. See below:

Rudder Pulleys and Cables – The pulleys are installed at the same time as the push-pull rods components. Easy process.

Although everything has been installed, nothing has been tightened down. I’m currently waiting for the floorboard to be power-coated. Once that comes back I can mount the control stick and rudders and finalize the connections.